Malaria is a leading cause of mortality and morbidity globally. Land Use and Land Cover (LULC) change have been found to affect the transmission of malaria in other regions, but no study has examined such relationships in Nepal. Therefore, this study has three aims: first, to analyze the spatial and temporal trend of Malaria Incidence Rate (MIR) between 1999 and 2015, second to assess LULC change between 2000 and 2010, and finally to understand the relationship between LULC and malaria in Nepal. The land cover types examined are forest, water bodies, agriculture, grassland, shrubland, barren areas, built-up areas, and rice paddies. The temporal trend of MIR and the relationship between MIR and LULC were evaluated using Poisson and negative binomial regression. Forest, water bodies, and built-up area increased in Nepal by 0.8%, 8.2%, and 28.4% respectively, while other LULC variables decreased between 2000 and 2010. MIR decreased significantly in 21 districts; however, four districts, namely Pyuthan, Kaski, Rupandehi, and Siraha, had a significantly increasing MIR trend between 1999 and 2015. MIR was positively related to water bodies and rice paddies during 2001, 2002, and 2003 but negatively related to grassland during 2010. However, there was no relationship between LULC and MIR during 2000, 2011, 2012 and 2013. This information will be helpful for public health officials to increase control efforts in those districts and in areas near water bodies and rice paddies to aid in their effort to eliminate malaria from Nepal. 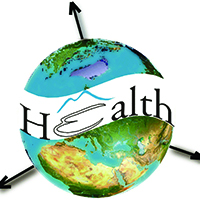 This work is licensed under a Creative Commons Attribution-NonCommercial 4.0 International License.

FOR AUTHORS
FOR REVIEWERS
INDEXING
Most read last month

is an Open Access, peer-reviewed journal published by PAGEPress®, Pavia, Italy. All credits and honors to PKP for their OJS.